Summer in Japan – Japan is a beautiful country rich with culture and traditions that people travel from around the world to witness and take part in. No matter what the season, Japan always delivers on spectacular sights, delightful entertainment, and mouthwatering food. With that in mind, many people will opt to travel to Japan in the summer season for a multitude of reasons. If you’re partial to summer travels or can only make your trip to Japan during that time frame, there are some things you’ll want to know!

Picturing summer in almost any country involves one major factor: heat. Summer means rising temperatures and more sunscreen for those enjoying outdoor activities. Japan is no different; temperatures range from 21-32ºC (70-90ºF) from June to September. Unlike many other countries, however, Japan also gets extremely humid during the summer season. Yet, despite the head and humidity, Japanese culture and traditions never fail to come alive in summer.

There’s plenty of good reasons to visit Japan during the hot and humid summer seasons, though there are also some not-so-great aspects to keep in mind during your travels. To get the low down on everything you need to know about surviving your trip to Japan while the temperatures are at their highest, read on below!

Summer in Japan Cons #1 – The Weather 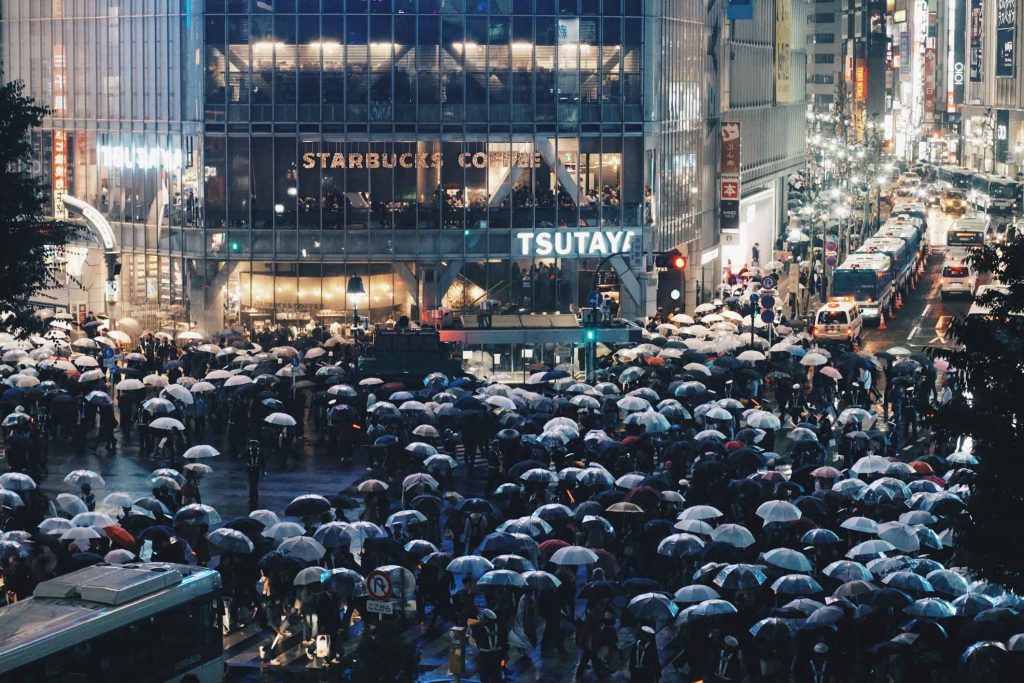 The biggest set back to traveling through Japan in the summer is the weather. Combining heat with humidity means that you’ll often feel like you’re breathing in warm water, which isn’t a comfortable way to travel. It’s important to take care of yourself and those you’re traveling with to ensure that no one gets heatstroke, which is common for those unaccustomed to the heat and humidity.

Summer also brings about a mild rainy season in Japan. Starting as early as mid June and ending around mid July, the rainy season brings about an interesting challenge for sightseers and travelers alike. It’s best to bring proper attire – such as rainwear and appropriate footwear – to ensure that you stay dry. Umbrellas are readily available almost everywhere in Japan, so you don’t have to worry about bringing your own (unless of course you have a favorite!).

Overall, the higher temperatures, humidity, and rain often deter many tourists from traveling to Japan in the summer. If you’re confident in your ability to stay cool, stay dry, and stay positive, then you can definitely beat the heat.

Typhoon season in Japan can be quite scary to those who are not familiar with tropical storms and hurricanes. The season starts around May, peaks in August, and settles down around October. Typhoons that occur later in summer tend to be stronger than those felt earlier in the year. The places hit hardest by typhoons are in the southwestern area of Japan, so be prepared to wait out a storm in you’re traveling through that area in late summer.

Typhoon season isn’t an end-all to any good trip, however. Just because it’s wet and wild outside doesn’t mean you can’t still enjoy many of the great things Japan has to offer!

Various regions in Japan hold a multitude of festivals throughout the year, but the greatest amount of festivals take place during summer. To give you a taste of some of the biggest summer festivals in Japan, 10 of them are listed below!

This summer festival takes place in early August in Aomori. One of the most popular festivals for tourists to take part in, the Aomori Nebuta Festival features huge floats depicting historical or mythical figures that are carried throughout the city while dancers perform around it. The dancers – referred to as haneto dancers – wear a special costume with creative headdresses and accessories that make a lot of noise.

The best part about this festival is that anyone, even foreigners, can join in on the festivities so long as they are wearing the proper costume. If you didn’t bring one with you, don’t worry – they sell them at supermarkets and department stores in the area! Have you ever seen someone balance a 12-meter long pole bearing 46 lanterns and weighing 50 kilograms on their palms, foreheads, shoulders, or lower back? No? Then you have to see the Akita Kanto Festival! As described above, celebrants carry insanely large poles adorned with lanterns through the streets of the city during the night. At the top of each pole is a ‘gohei’, or wooden wand decorated with zigzagging paper streamers.

During the day, celebrants compete against each other by balancing the poles on various areas of their body and trying to cover a certain distance in a short amount of time. There are no competitions during the nighttime festivities, though celebrants can still show off their skills! This festival is truly one of the most inclusive for travelers and walk-in participants! Though the festival features various Hanagasa Dances, spectators are welcome to join in on the most well-known dance, “Hanagasa Circle Dance”! You can watch from the crowd and learn the steps of the dance, or be taught by an onsite dancer teacher!

If you do choose to join in on the dance, don’t worry about missing a step – everyone will be having way too much fun to notice!

Also called the Star Festival in Japan, Tanabata celebrates two deity lovers that are only allowed to meet once a year on the seventh day of the seventh lunar month of the year. The festival is celebrated across the country by writing wishes on small pieces of paper, hanging them on bamboo, and then setting the bamboo in small boats. The boats are set afloat on a river or burned after the festival so that the wishes can come true!

If you’re a big fan of Disney, you can celebrate this festival at Disney Sea or Tokyo Disneyland where Mickey and Minnie play the role of the deity lovers! 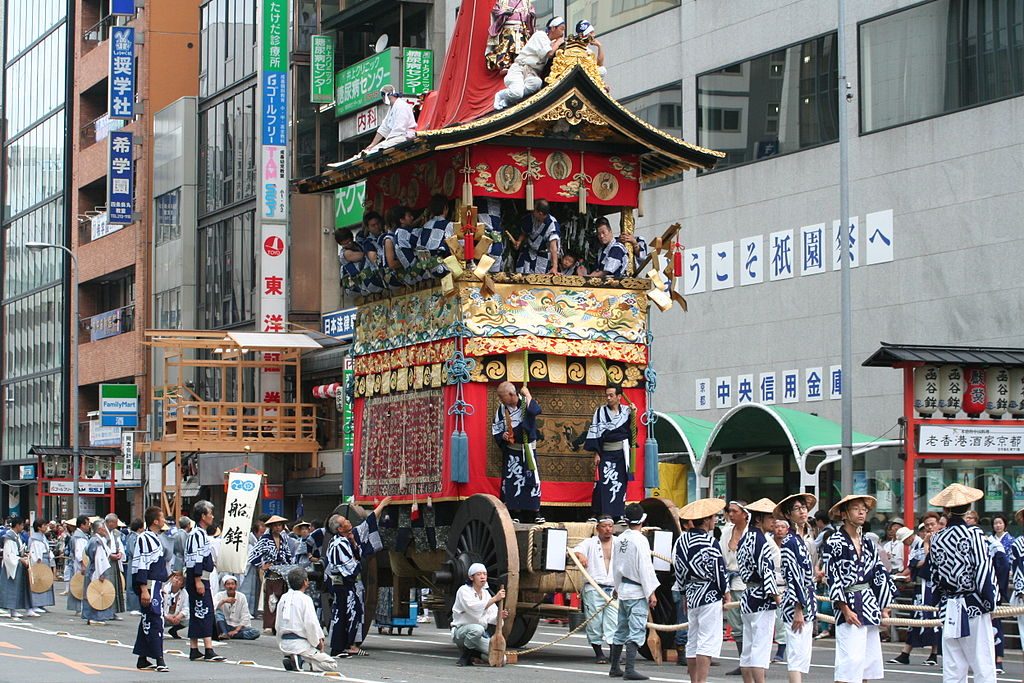 As one of the most famous festivals in all of Japan, Gion Festival is well-worth taking a trip to Kyoto to partake in. Even if you only have a day or two to visit, the festival lasts throughout the entire month of July, so there’s plenty of time to enjoy the festivities! The streets are reserved for pedestrian traffic only, and vendors line the area with stalls that sell food, sweets, and other delicious food.

Viewers can enjoy seeing stunningly beautiful floats that are handcrafted in Japan. There are large and small floats to view, though all of them are quite the sight to see. Originating from the Yosakoi Festival from the city of Kochi, this interesting festival of dancing has since evolved and spread throughout the entire country. The city of Sendai hosts the Michinoku Yosakoi Festival, which is now the third largest festival in Japan. The dance that started the craze combines lively and traditional movements set to modern music. Dance teams choreograph their performance, and men and women of all ages can be part of a team.

Unlike the Hanagasa Festival you read about above, you won’t be able to join in on these dances since they are choreographed pieces that have been practiced beforehand. Regardless, it’s still fun to watch them move their feet to the beat!

Awadori Festival is the largest dance festival held in all Japan in August and it attracts over one million tourists to watch the festivities each and every year. The festival is comprised of traditional dancers wearing Obon dance costumes as they sing, dance, and chant in accompaniment to the shamisen lutes, taiko drums, shinbone flutes, and kane bells. Unlike many countries where fireworks are used to celebrate the New Year, Japan prefers to hold fireworks festivals during the summer season to ward off evil spirits. During the festivals, attendants can dress in traditional yukata and enjoy food from the many vendors that line the streets near the best places to view the fireworks. The shows generally start a little after sunset, and can last up to two hours. The official climbing season for Mt. Fuji is from early July to mid September. Trails and mountain facilities are closed the rest of the year, and there is usually no residual snow left on the mountain to slow down climbers. Those that might not have much experience with mountain hiking are advised to do so during the summer, though access to the mountain is available year-round. Those that decide to hike outside of the summer season face perilous conditions due to wind, weather, ice, snow, and risk of avalanches.

Though Mt. Fuji might seem far too crowded to be enjoyable during the summer season, there’s a special feeling of teamwork and togetherness when one is climbing the mountain beside other hiking enthusiasts. If you’re more of a lone hiker, the best times to beat the crowds are earlier in the season during the first half of July when schools are still in session in Japan.

Make sure to wear sunscreen and proper footwear, or else you may end up with blisters and bad sunburns!

You might be surprised to know that summer in Japan is one of the best times to travel around without fighting through crowds of equally happy travelers. Excluding Golden Week in the beginning of May and Obon in mid August, most places in Japan are quiet and void of high traffic from visitors. Unless you’re gearing up to go to one of the many festivals held in summer, you’re not likely to be met with huge crowds. Flights and accommodations in Japan have a larger discount in summer due to the fact that there aren’t many visitors between cherry blossom and autumn foliage seasons. Traveling during the summer off-season means better deals, better prices, and more money to spend on souvenirs, food, and activities while traveling around Japan. Guest houses, hotels, and ryokans will also have cheaper prices to attract visitors during the off-season, meaning you can snatch a great deal on accommodations!

For cheap accommodation in Tokyo or Kyoto, feel free to read these blog posts:

If you’re looking to get the best deals possible, ensure that your travel dates aren’t set near Golden Week or Obon. The further you can stay away from those big summer dates, the better! Not only are there tons of awesome things to see and do in Japan during the summer, but the season itself happens to match up with many holidays in various countries that enable travelers to visit the country! This is especially true for college students or parents with children still attending school, as summer breaks allow for extended vacations for many travelers. Instead of lounging around at home, consider using your vacation time to explore glorious Japan!

If you’re planning on visiting Japan during the summer season (or are already booked and ready to go!), make sure you’re fully prepared for hot and humid weather, but also ready to enjoy an awesome trip. With such an array of activities to partake in that are limited to the summer season in Japan, it would be a shame for anyone to reconsider traveling to the small island country during the hotter months. Hopefully with these helpful tips you’ll be able to brave the weather and enjoy your time in the land of the rising sun to the fullest!

And if you are looking for information about the rest of Japan seasons, feel free to read these articles too: